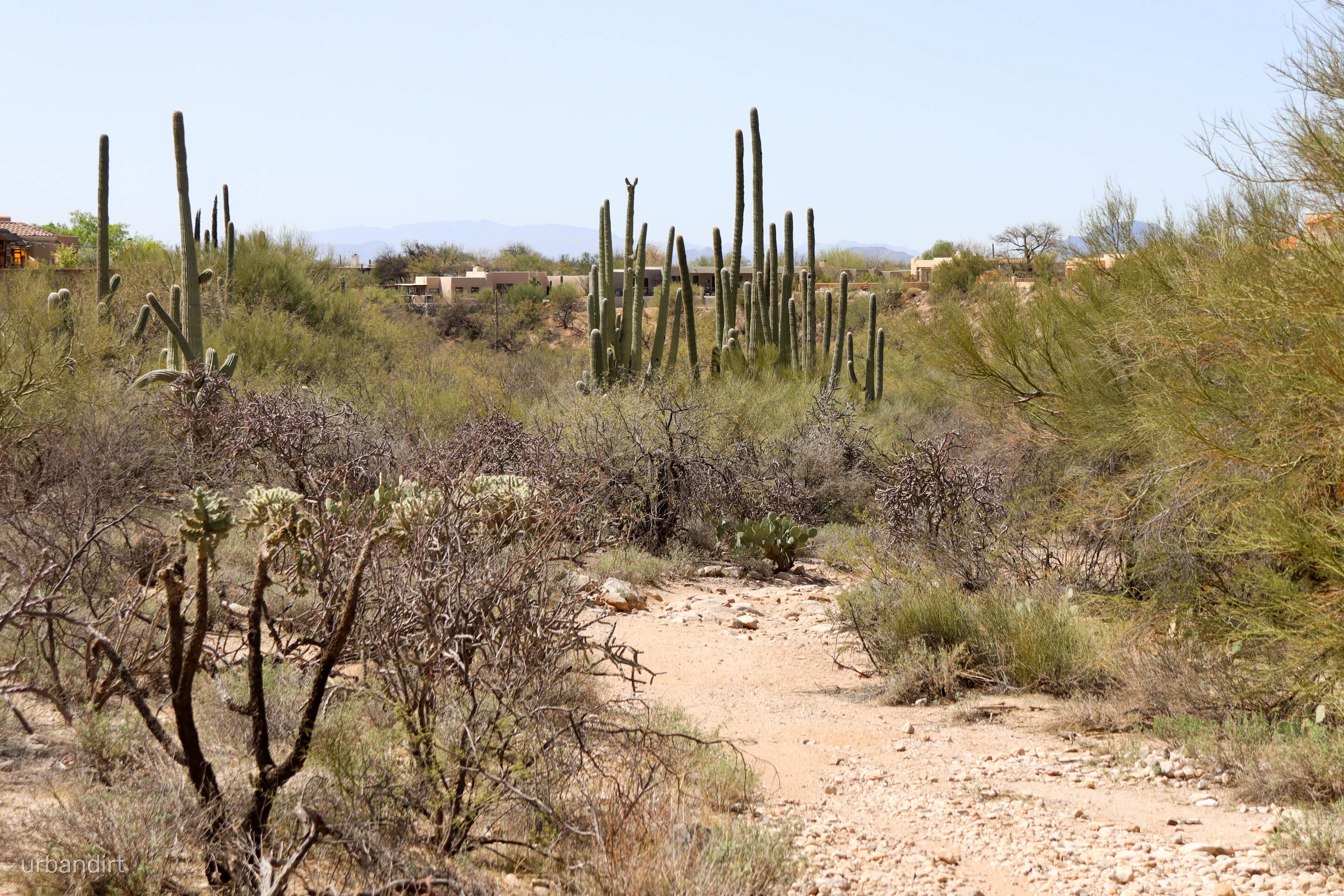 Walk up some dirt stairs and take an easy slide!

Commence the ride from the local coffee shop, and then ride on some bicycle friendly streets northeast. Eventually, you’ll turn on Dodge Blvd north. Take a couple turns, and then you’ll start riding on the urban assault trail.

This sandy and smooth trail generally follows a wash so it’s relatively flat and doesn’t have too many rocks. It’s a great introduction to some of the more extreme terrain present in the Tucson area and there is a labyrinth on route, if you want to get extra exploratory! On this route, you’ll also pass through a culvert, but it’s a soft surface.

Soon, you’ll exit the urban assault trail and then transition back onto asphalt. However, you’ll turn on the backroads of a suburban development. It’s a rough road, so it feels like dirt? The route also goes through a gate that permits passage through someone’s property, so be extra respectful here.

You’ll exit onto a more substantial road, but at a certain point near the country club, there’s an established dirt trail next to the paved road. We encourage you to take it! It’s away from cars and there are very few intersections, so all is pretty good. You’ll need to re-join the road closer to the suburban shopping mall.

After the development, you’ll turn on bicycle friendly streets that meander through the Catalina foothills suburbia. You’ll make some twists and turns and then rejoin the Loop temporarily. Then you’ll transition back to the streets of Tucson. The route ends at a place for a post-ride beverage! 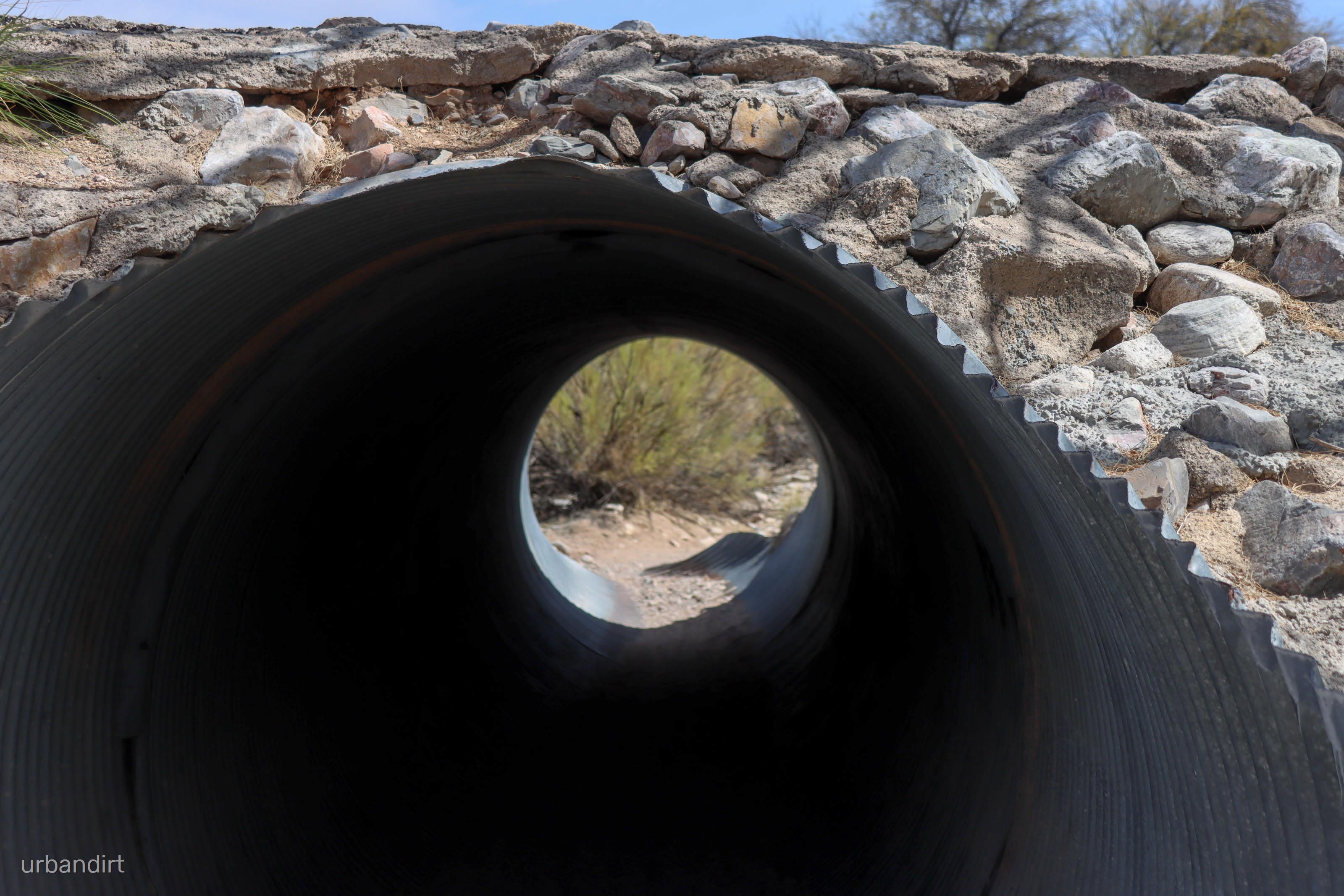 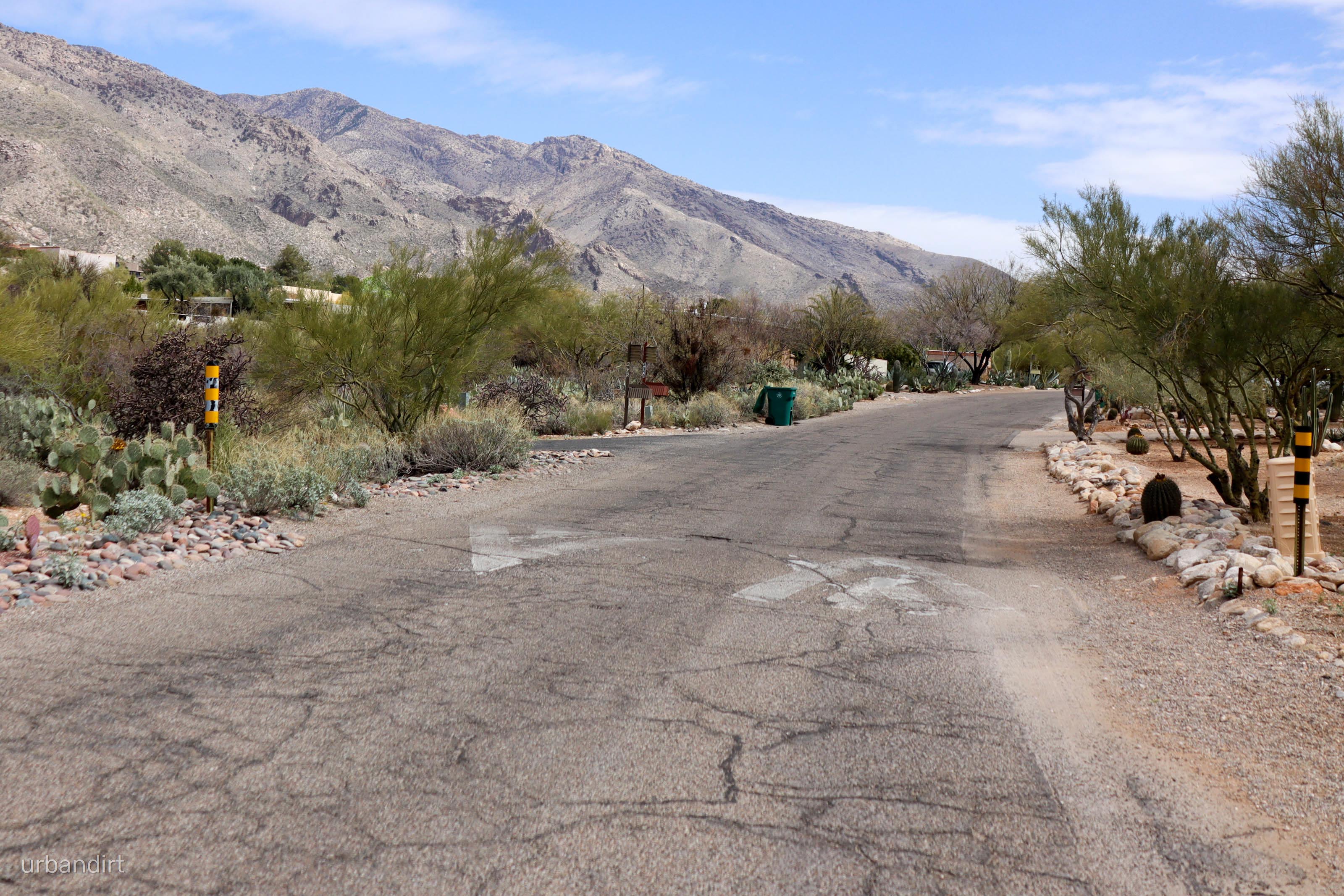 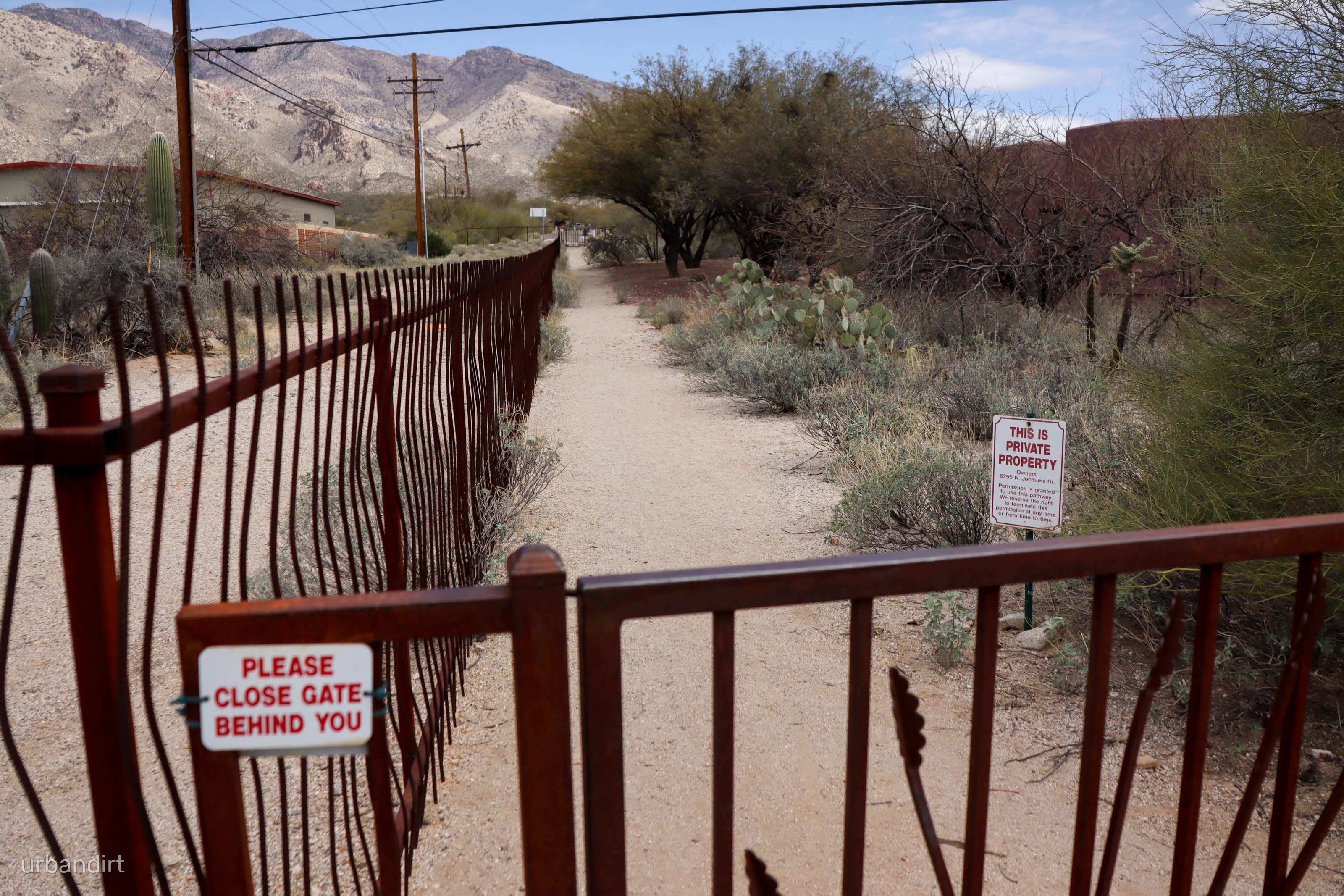 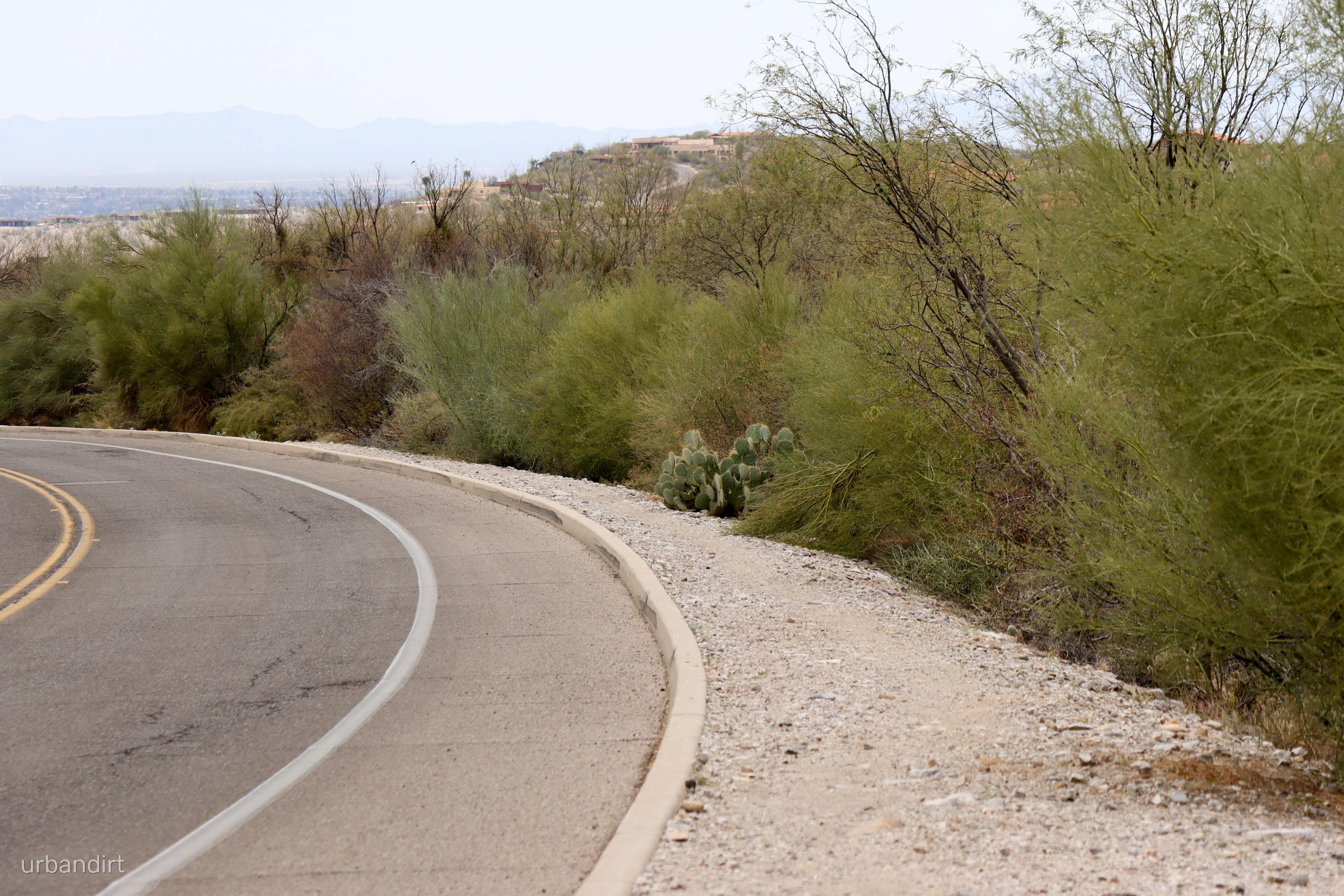 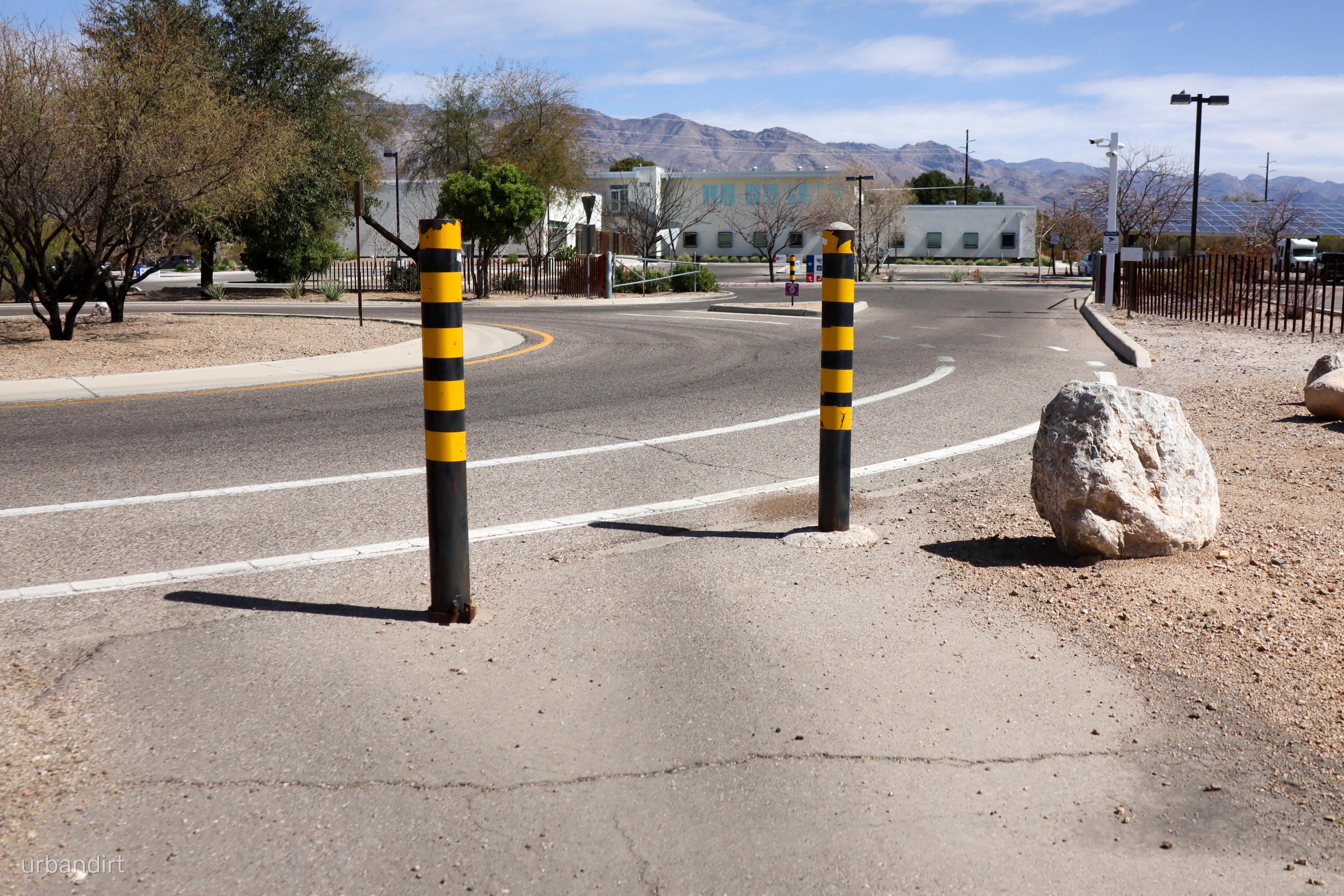 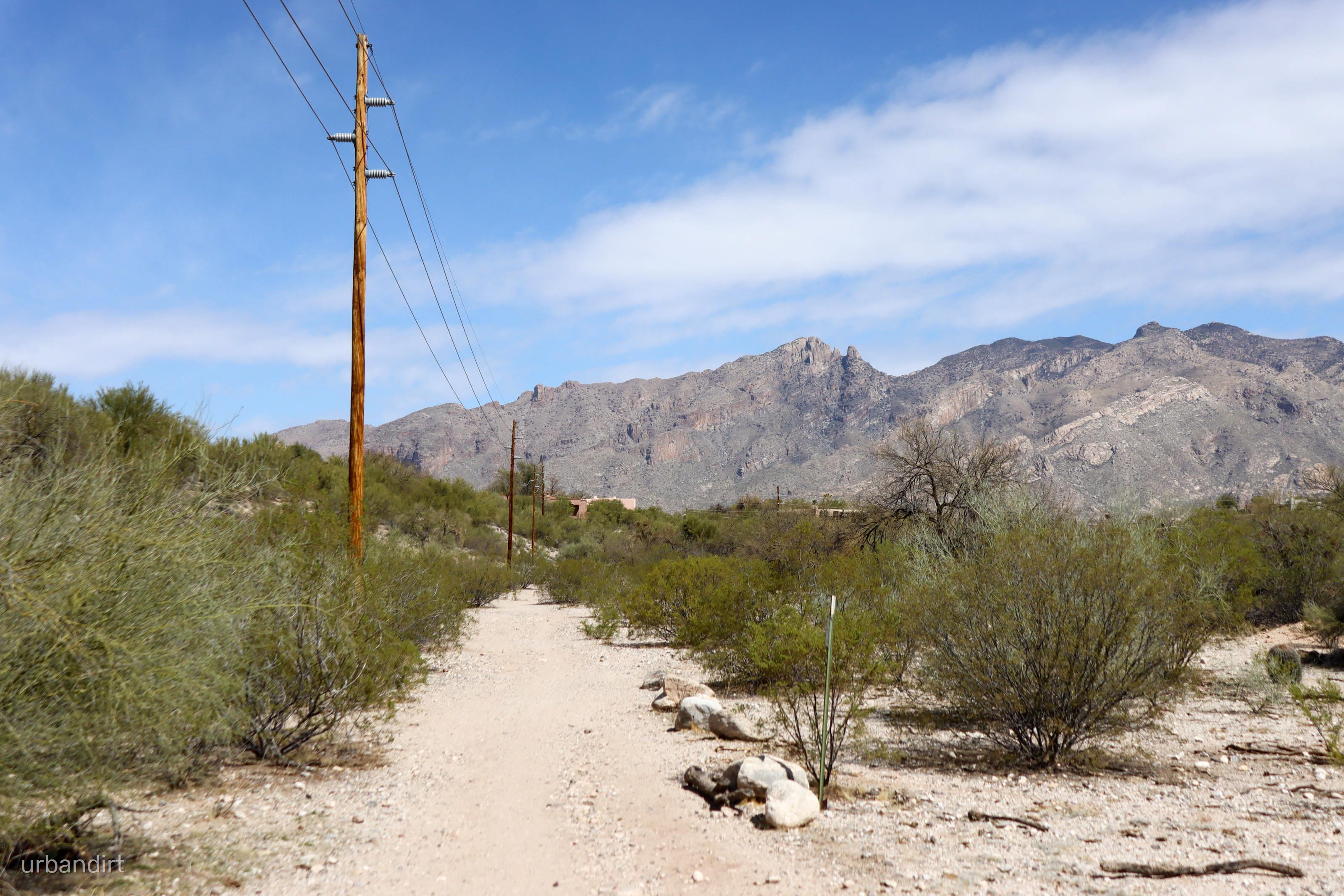 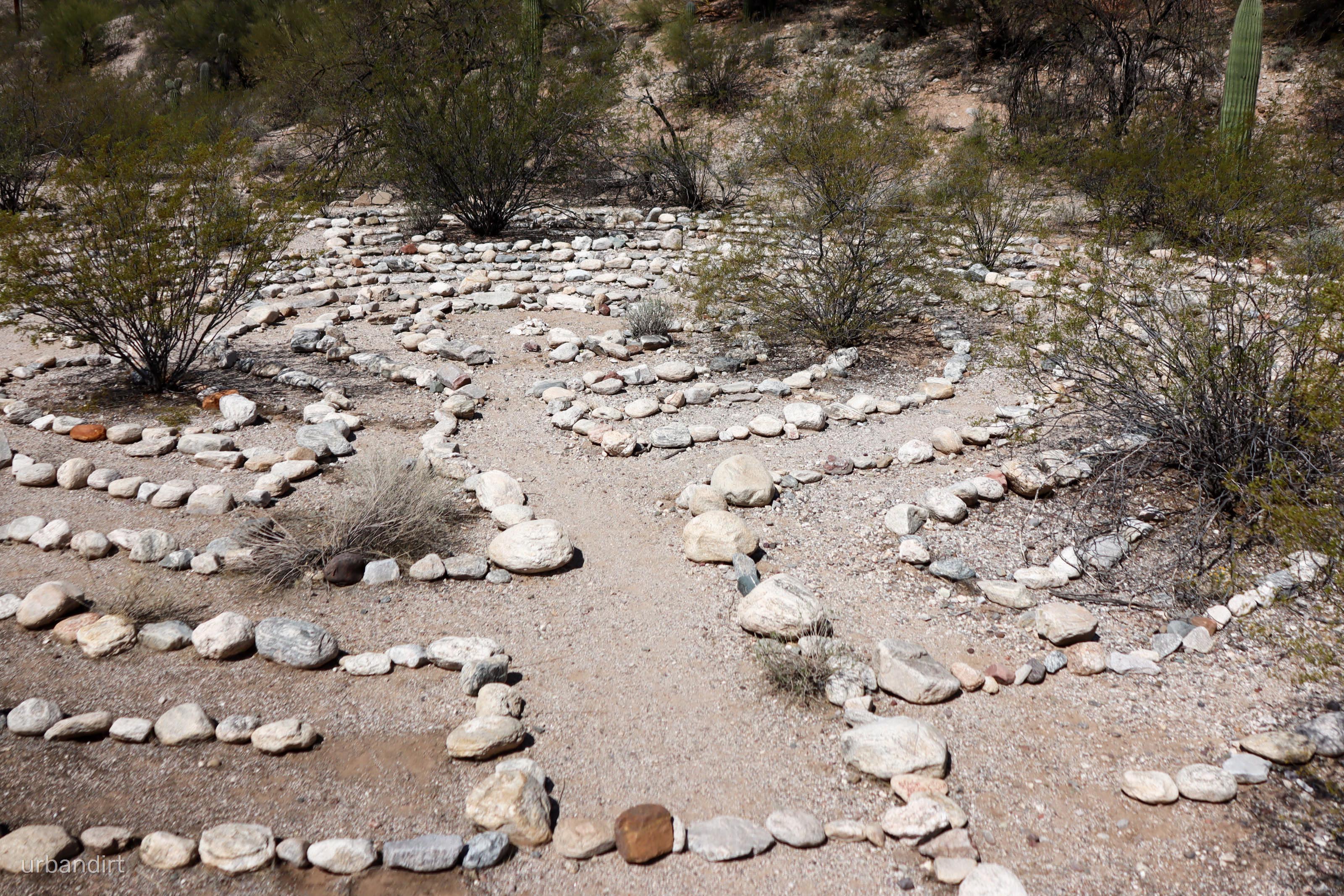 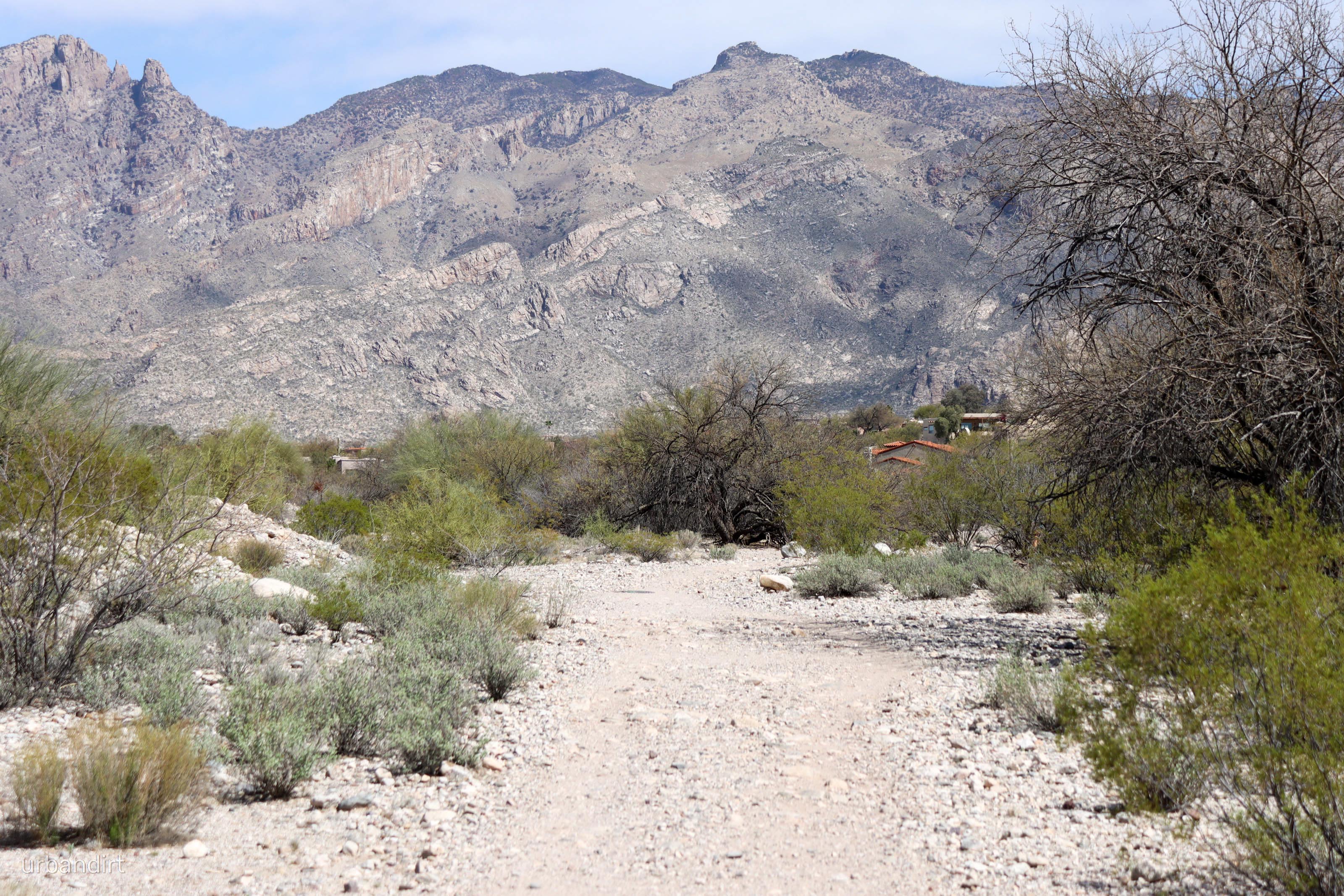