Find clues and win prizes while exploring your forgotten backyard!

Want to have some fun on your bike and win some cool prizes? Participate in our urbandirt scavenger hunt, celebrating bike month!
‍
We created clues on select urbandirt routes.
‍
For each clue you find on the route, you will receive a virtual raffle ticket!
Take a picture of each clue you find to help you remember. Later, you’ll submit the answers online.
‍
The more answers you find on the urbandirt routes, the more raffle tickets you’ll receive to help you win prizes!
‍
Having trouble finding clues? Become a member and ask us for a hint in our
‍#bikemonthscavengerhunt Slack channel
‍
‍
Other ways to score virtual raffle tickets
‍
You will get one virtual raffle ticket if you tag @urbandirtorg in a post (not a story) on Instagram during your ride!

Just be very careful not to give away the clue!

You can also include a hashtag of the route name for an extra ticket! So, if the route is four ponds - use #fourponds

‍
A few more things:
‍
Please DO NOT post the answers on your instagram post! Cheaters never win, and winners never cheat!
‍
The last day to submit answers online for the scavenger hunt is:

‍Submit your answers to each route that you gather answers. Links are below!
‍
We’ll announce the raffle winners about a week after the scavenger hunt concludes, and get in touch with you to receive your prizes!‍

Most importantly, good luck and have fun everyone!

four ponds
‍Submit your answers for four ponds‍
‍
1.    After you enter Franklin Park and pass the bear cages, what color is the car in the graffiti on the rock?
2.    In the Franklin Park bear cages, what year is shown in the stone inlay?
3.    After passing St.Michael’s Cemetery, you’ll exit Neponset Ave. onto Hyde Park Ave. Just before the intersection, look left! What’s the imperative painted on the wall?
4.    In Sherrin Woods, you’ll come to an intersection of paths with a blue painted sign. What does the sign read?
5.    A short while after crossing Blue Hills Ave., you’ll enter into a trail in a wooded area near Camp Sayre, and pass a sign post with many signs. What compound word is printed vertically on the post?
6.    After leaving the Blue Hills and before entering the Neponset Reservation, you’ll pass near a highway maintenance station that is adjacent to the highway. What chemical is stored in the large white tower?
7.    As you’re leaving the Neponset Reservation, and before reaching the parkway, there will be a large trail sign. What animal is depicted on the sign?
8.    Later in the route, before entering Stony Brook, you’ll pass by an abandoned house. What number is painted on the garage, in a fire fighting logo?
9.    In the Arnold Arboretum,you’ll climb up a big hill. At the top of the hill, what’s the common name of the example plant shown on the sign?

1.    In DeCordorva, what is the color of the centrally located sculpture that seems to roll off the hill?
2.    Just as you are leavingWalden Pond, on the Thoreau House Replica sign, what is the first word with th eellipses?
3.    When you reach the culvert/tunnel undercrossing, what is a date written in red above the initials“MHD”
4.    After a paved section after the battle road, you’ll enter the Town of Lexington Conservation Land.What is the last rule under “regarding dogs”
5.    In the forested area, what is the shape of an informal stick-built structure?

wet feet
Submit your answers for wet feet
‍
‍1.   At the end of the cul de sac before the first dirt section, what is the color of the large stuffed animal sitting on a ski lift bench?
2.   Also, what is its name?
3.   At the first water tower, what is the color of the anxious bear
4.   On stone benches at the top of the field, when did Belmont volunteers commemorate the open space?
5.   After crossing the road and through additional fields you may see lines of boxes. What thing is most likely inside those?
6.   Past the fields, what text is stamped into the wooden bridge you cross?
7.   On a boardwalk across wetlands, how many benches does the rest area have?
8.   After you exit to a street, what is the identification number above the Western Greenway that points you to the right?
9.   Below a different Western Greenway placard, what thing is next to the water tower sign?
10. After the highway under crossing, You’ll see an Across Lexington trail marker, what letter trail are you on?
11. What are the letters on the cone that holds the “Trail Closed… Boardwalk Out” sign?
12.When you roll through the elementary school, what letters are on the play structure?

reformed Paul
Submit your answers for reformed Paul
‍
‍1.   When on the Minute Man Commuter Bikeway past Lexington, there is a series of three signs of illustrated characters. What is at least one of them?2 points for all three.
2.   When you enter the Bedford Railroad Depot area, there is a first big sign next to the hair salon that reads Bedford Railroad Depot. Below the picture of the train on the sign, what is the date on the first line of the paragraph?
3.   At the terminus of the Minuteman a little further, there’s a courtyard with another sign. On the side that says “BEDFORD,” what does the text say above the picture?
4.   On a sign as a gateway to the next dirt area, what are the first two words of the highest sign?
5.   On the “Minute Man National Historical Park - The North Bridge”  information sign next to the bathrooms, what is the last word of the first paragraph?
6.   At the Battle Bridge, when was the obelisk erected?
7.   On the other side of the Battle Bridge and below the soldier statue, what is the first line etched into the stone?
8.   On the Battle Road - what is the Witness on the Battle Road wearing on their hair?
9.   On the Battle Road - what is the last word of the information sign about Captain William Smith House?

light northern dirt
Submit your answers for light northern dirt
‍
‍1.   When you enter the first multi-use path next to the highway, what BLM related saying is drawn on the pavement?
2.   When you first enter The Fells just past the initial gateway signs, there is a sign on a tree to the left. What does a kid’s drawing sign tell you to do?
3.   After a paved section and shortly after you enter the eastern Fells, you’ll see a Healthy Trail placard. What is the location ID at this sign?
4.   Still in the eastern Fells, there is a large rock with words painted on it. Fill in the blank “ ____ 4 Life”
5.   After another paved area in the next woods area, you’ll eventuallybe bushwacking. What kind of stone marker do you stumble upon?
6.   In the Breakheart Reservation - how many bones are on the Bark Place sign?
7.   Still In the Breakheart Reservation and a little after crossing a pipeline trail, what is the last word on a lengthy sign explaining rules and regulations?
8.   After the highway overcrossing, you’ll enter another wooded area of Lynn Woods - You will stumble upon a stone structure(s) standing alone. How many of these structures are there?
9.   When returning on the gravel paths toward Boston, you’ll be riding adjacent a large wetland and be crossing under a bridge structure. There are green graffiti tanks painted. How many are there?
10.After Assembly Square / The Somerville Mall, you’ll cross under a big highway (I-93). What animal is painted on a concrete column?

‍1.   When you enter the first forest (The Southern Fells) from a back entrance, there are the remnants of a sign with no face on it. How many bolts are drilled in the silver bracket?
2.   On a major turn up an incline, what is the location ID code above the sign reading “To South Border Road at Jeremiah Circle?” The sign will be facing the opposite direction of where you will go.
3.   After crossing a busy road and entering the forest again (The Fells), there is a large information sign. On the Be Coyote Aware placard, what does the first bullet under safety say? The first three words only.
4.   After going through the school and passing Ciarcia field, you’ll find a small entrance to a paved multi-use path. The large sign says“tri-community greenway.” What is the street name above the north arrow on the map?
5.   After winding through the suburbs more, you’ll enter another multi-use path. There’s a red sign saying “Dogs must be on leash…” What is the text of a guerrilla sticker posted on the sign?
6.   At the top of the hill overlooking Boston, what name is commemorated on the large rock? Who is missed?
7.   When you begin to enter a forest, what is the number officially carved on a sign post?
8.   After a suburban paved section, there is an entrance to more woods through a parking lot. On a post with many sign destinations, what is the first line of the small square sign at the bottom?
9.   In the middle of the Mary Cummings Forest, you’ll pass a big hunk of metal at a turn junction. What was most likely that thing?
10. In the test flight field,there is a sign indicating the field rules. What is the very last word of the sign?
11.After a suburban area, you’ll enter another forest and there will be several signs. On the sign indicating “Attention Visitors with Dogs” - What is the last word of the last bullet?

‍1.   At a key trail junction between Waltham High School and JFK Middle School, you’ll find a box of brochures sponsored by the Waltham Land Trust entitled “Waltham Paseos de Ciudad” - identify the third of four landmarks celebrated in this brochure.
2.    After a brief bushwack behind Stigmatine Brothers and Sisters you’ll gain an obvious trail and will pass an observation monitoring well on your left.  What is the two digit alphanumeric code written in marker on the cap?
3.    Nearing the end of your climb in Prospect Hill Park, you’ll pass a rock named after a now extinct reptile on your right. What is this reptile?
4.    Also in Prospect Hill Park, as you’re passing by the office buildings on your right,you’ll pass a yellow fire hydrant very near the trail. What is the number on the fire hydrant’s tag
5.    Don’t forget to stop and play the bongos in Nipper Mayer Park! How many decorative stripes are below the bongos?
6.    Rounding the turn on Curtis Street into Bellevue Street you’ll see an old rusty wheel and tire on the sidewalk to your right. What brand of tire is this?
7.    As you’re riding the boardwalk behind the watch factory, you’ll see a set of double doors to the left of the entrance to Lofts 241. What time does the larger clock read?
8.    As you’re riding the perimeter of Forest Grove park, you’ll pass a boat launch. What two colors are the life preservers?
9.    Passing beneath I-90 on Charles Street in Auburndale, what is the three letter word spray painted in silver on the graffiti visage near the far end of the tunnel on your right?
10. A sign greeting you upon entrance into the Wilson Conservation Area on the Cochituate Aqueduct Trail just north of Beacon Street asks you to do four things. Name the second of these, which is also one of urbandirt’s guiding principles!

We have the following wonderful sponsors and their generous donations! 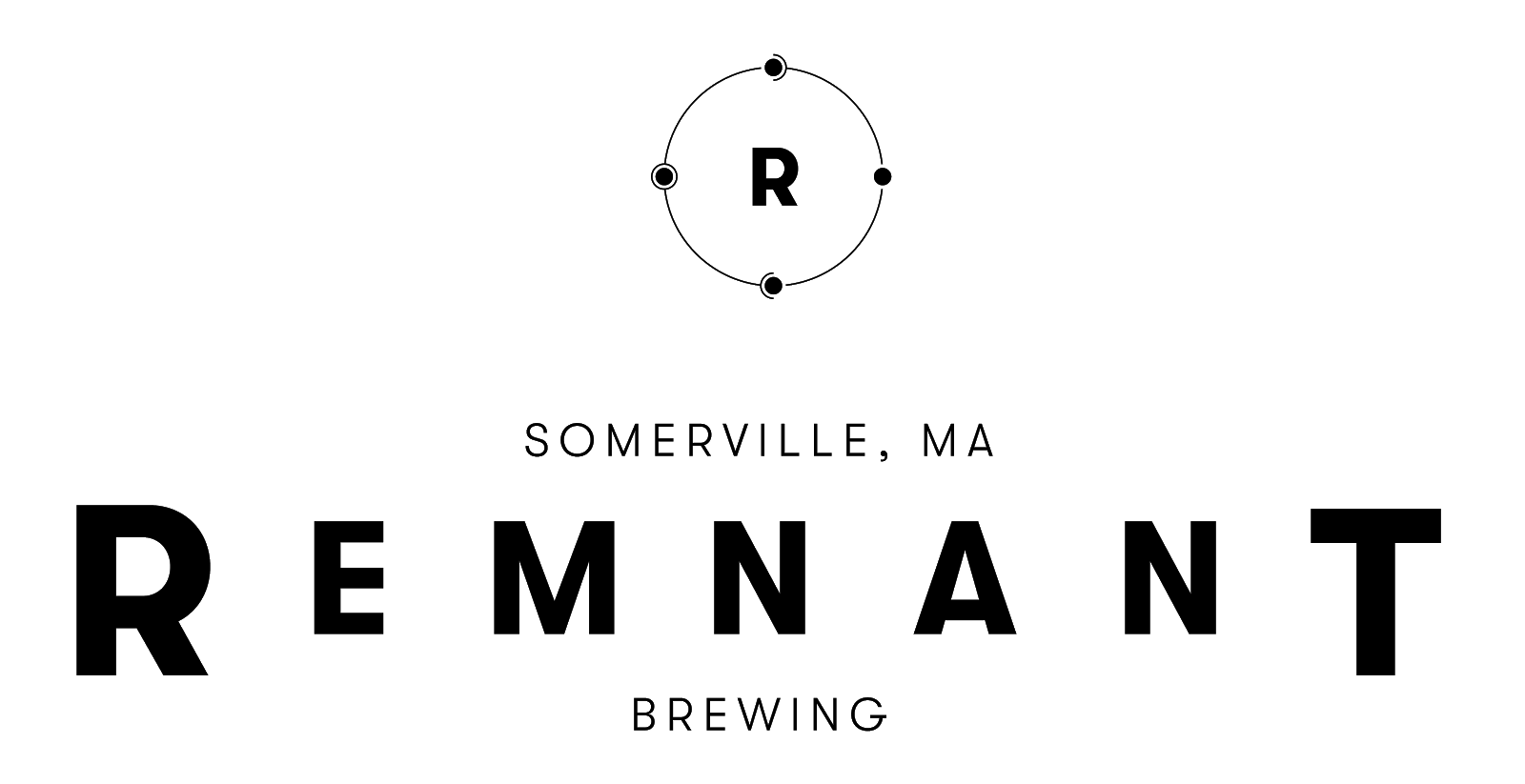 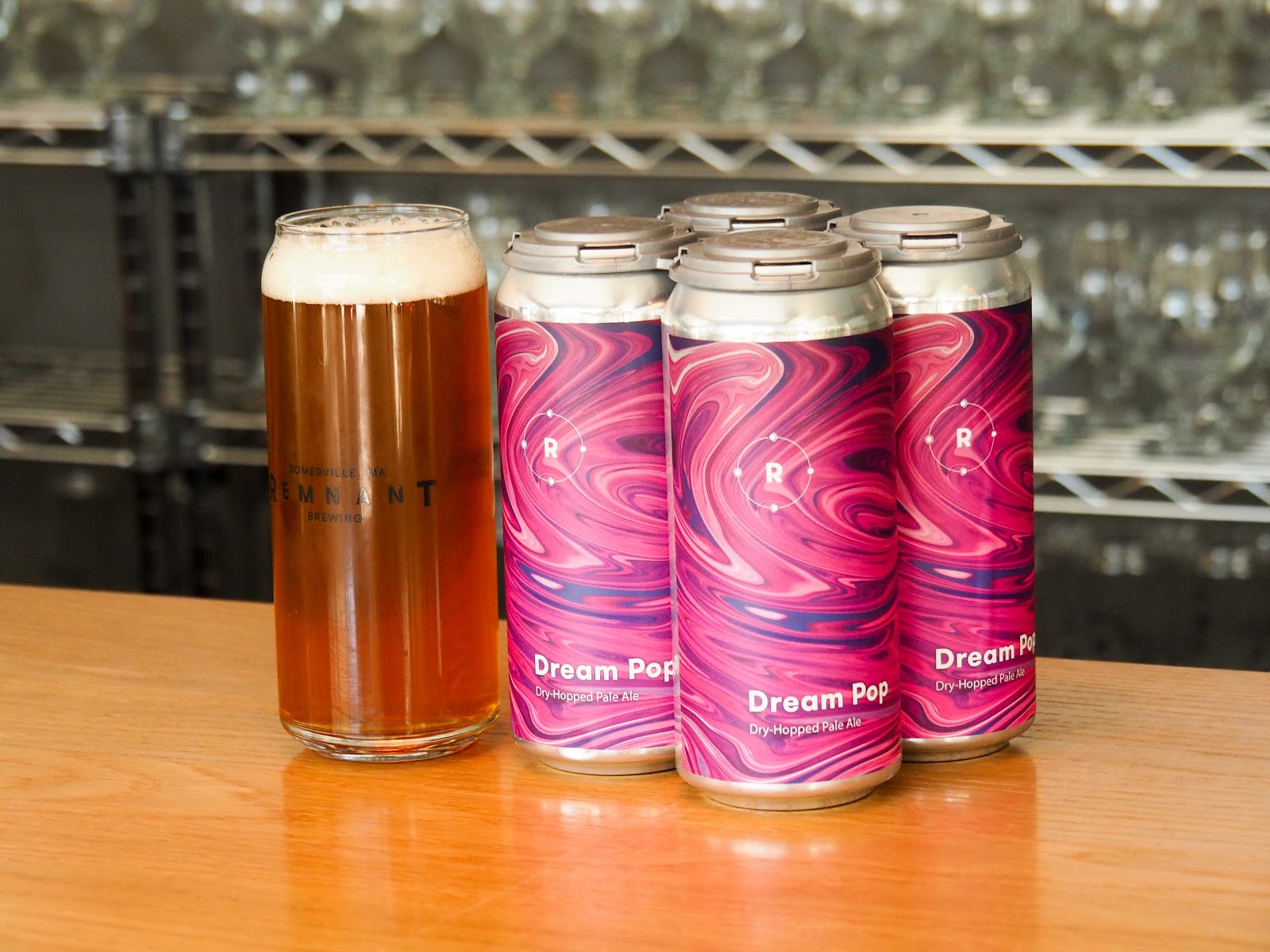 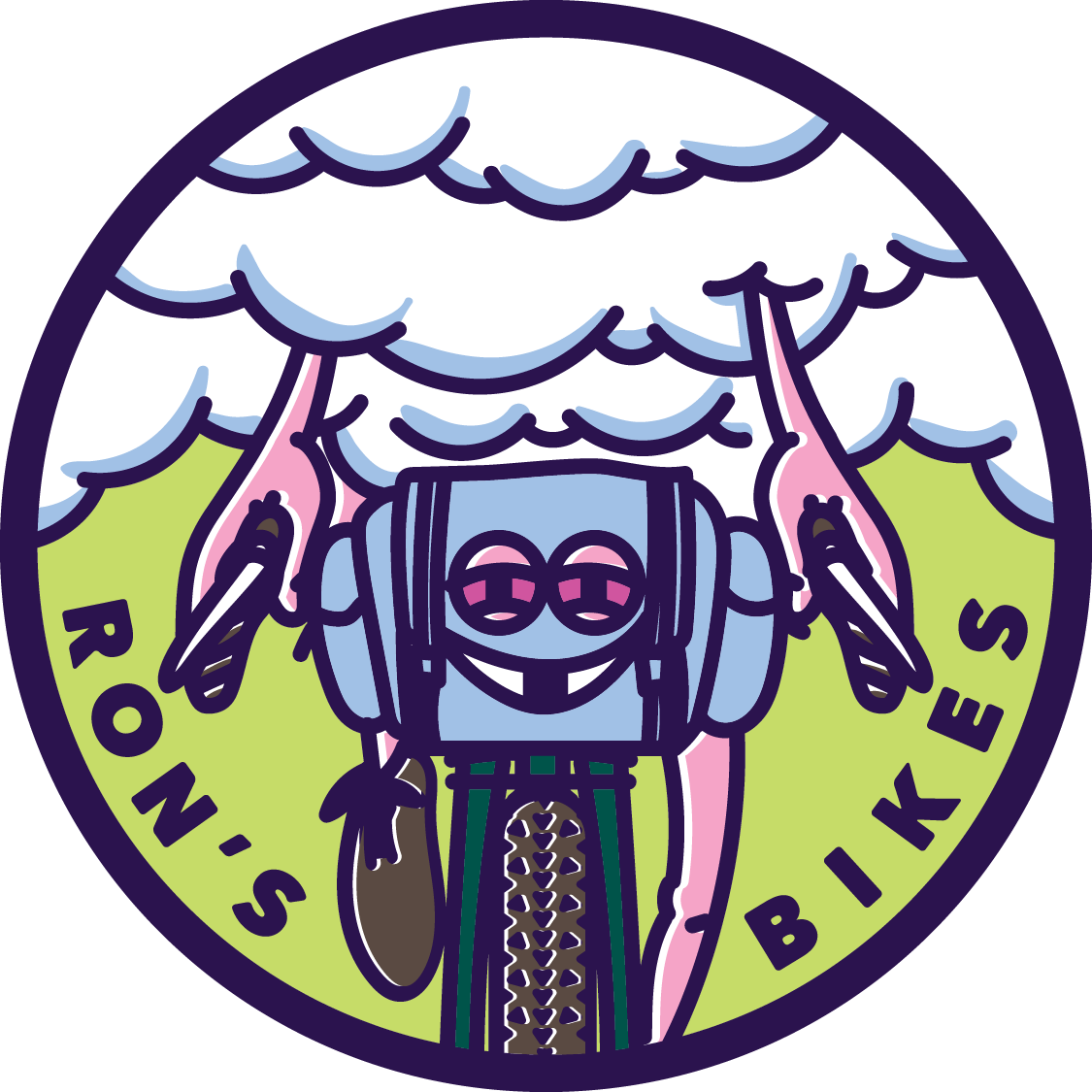 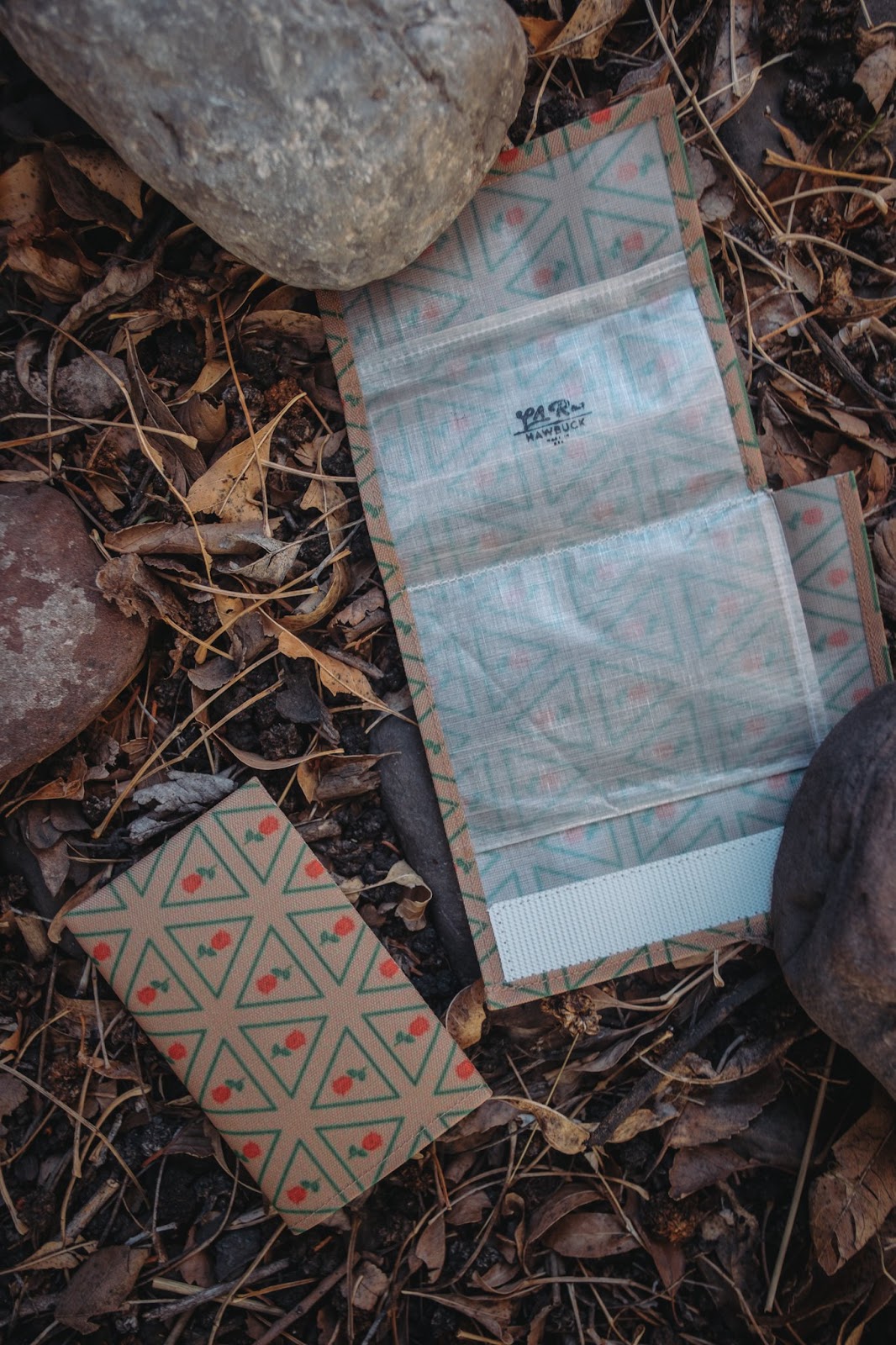 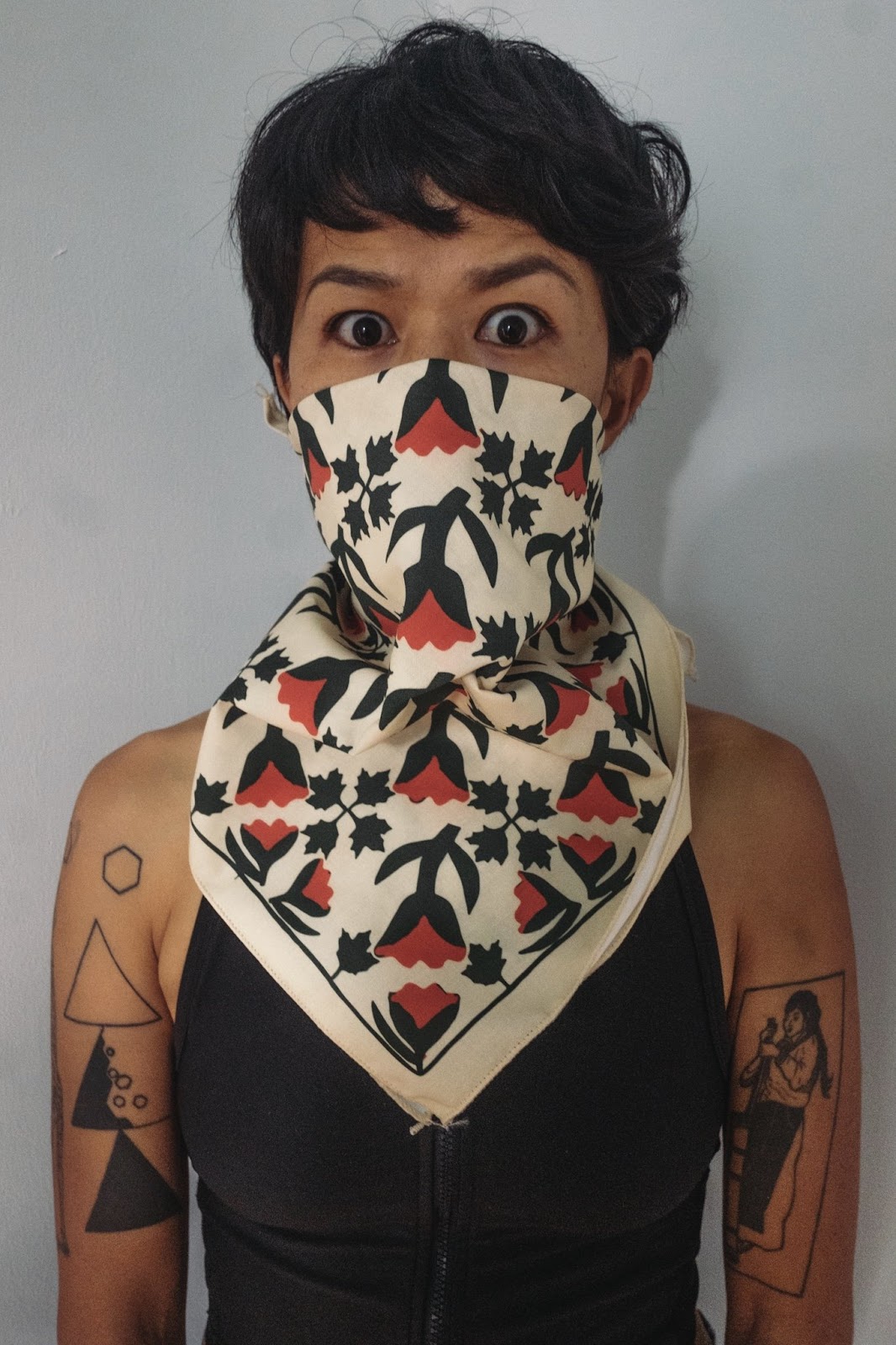 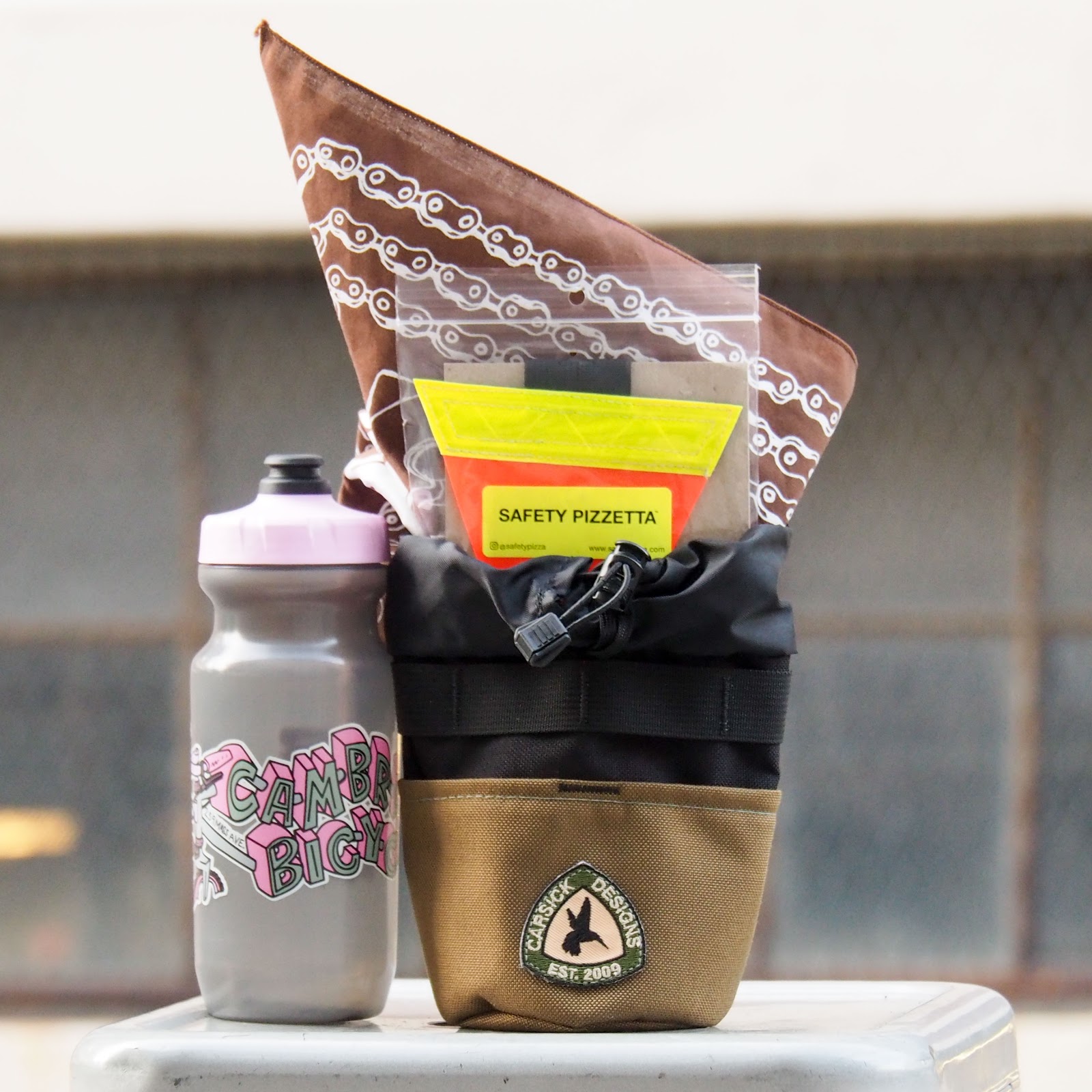 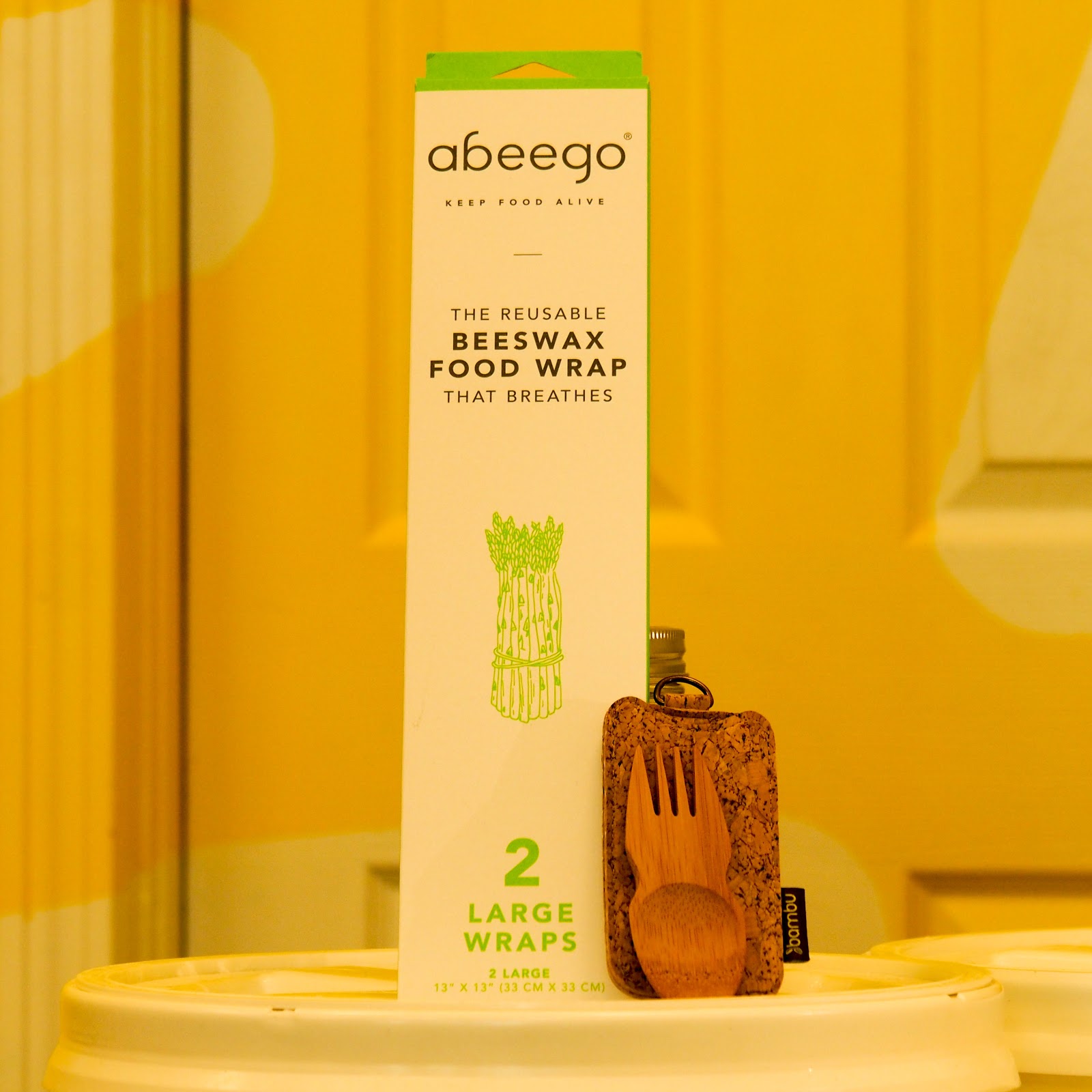 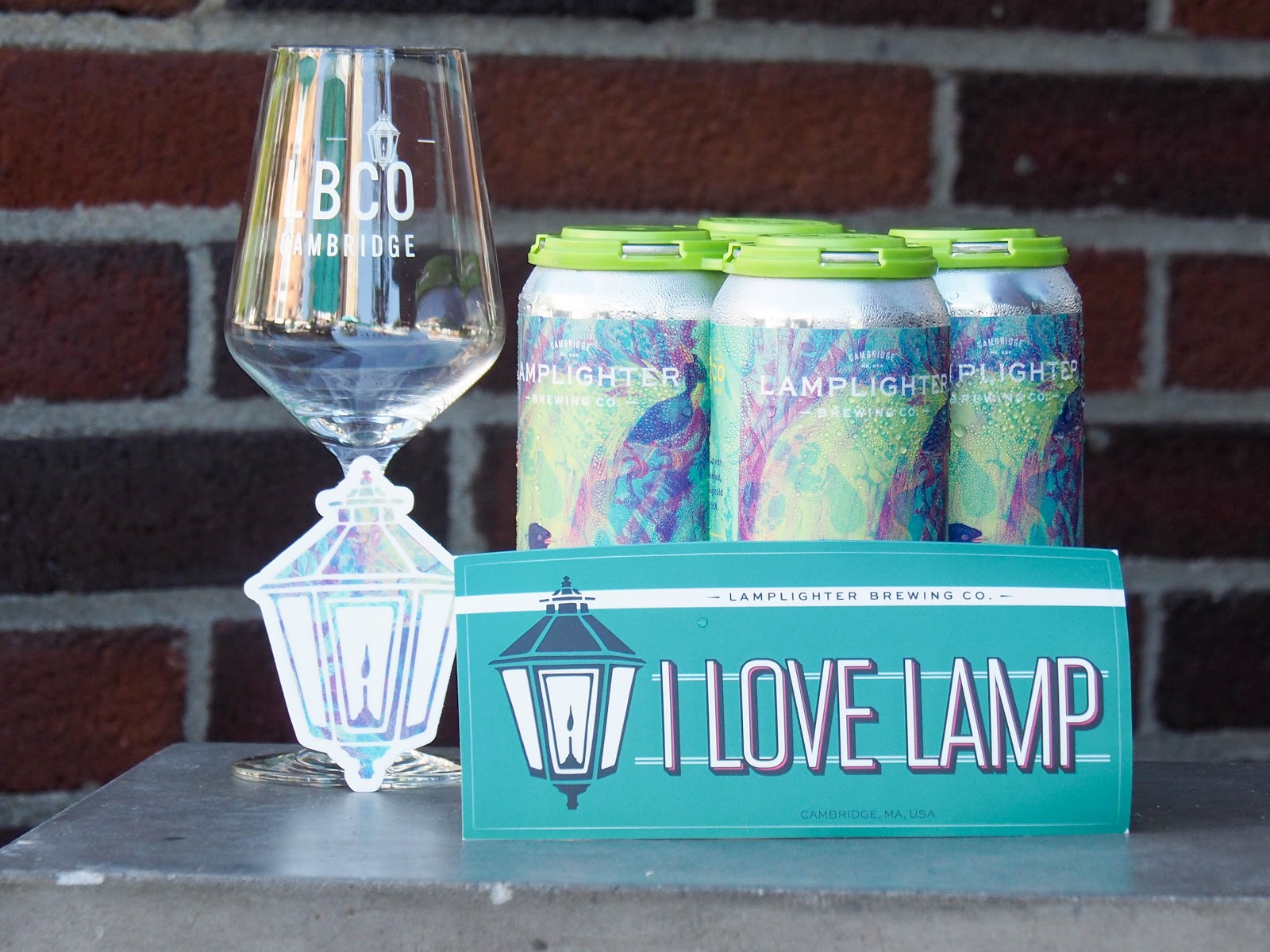 A four pack, glass, and stickers! 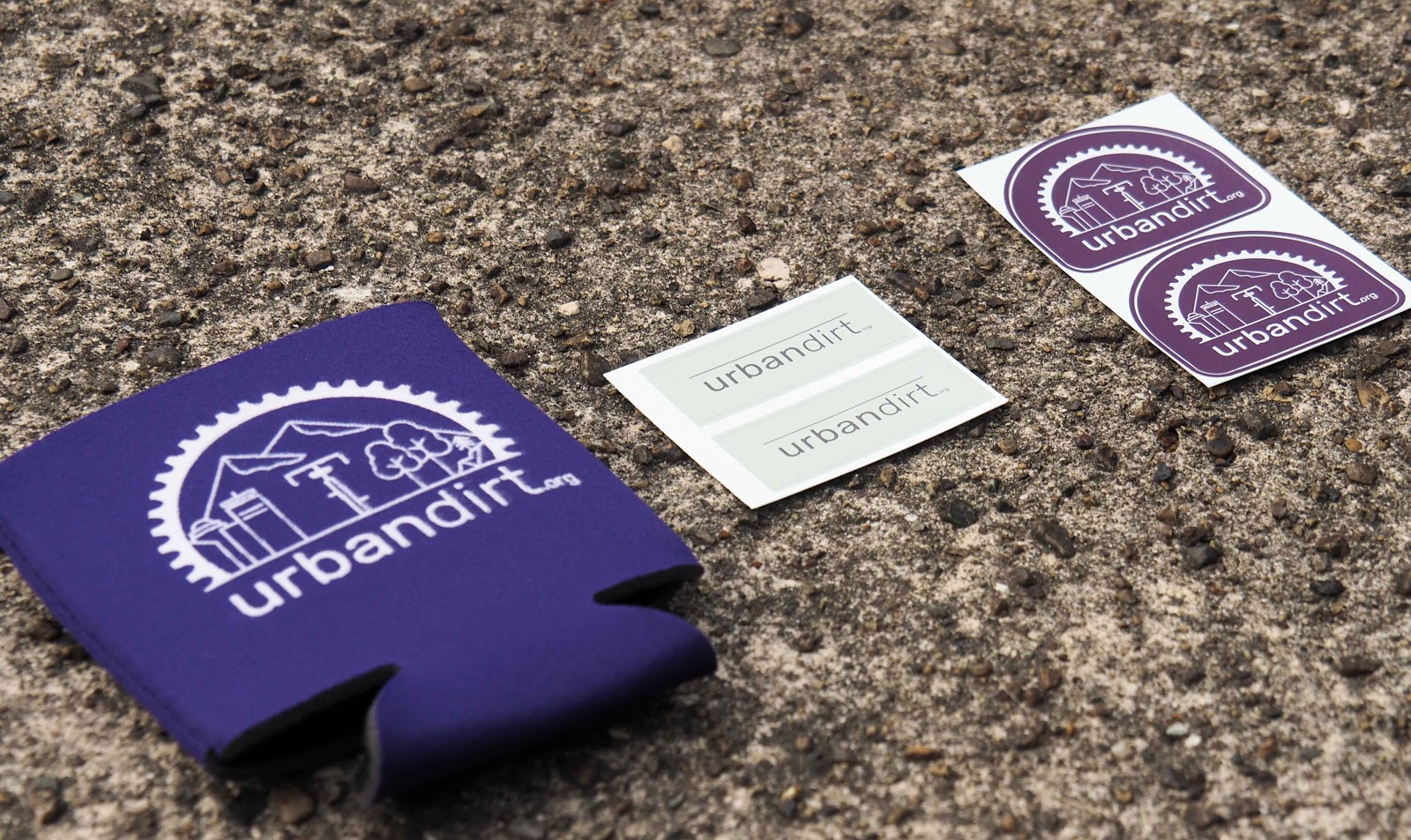 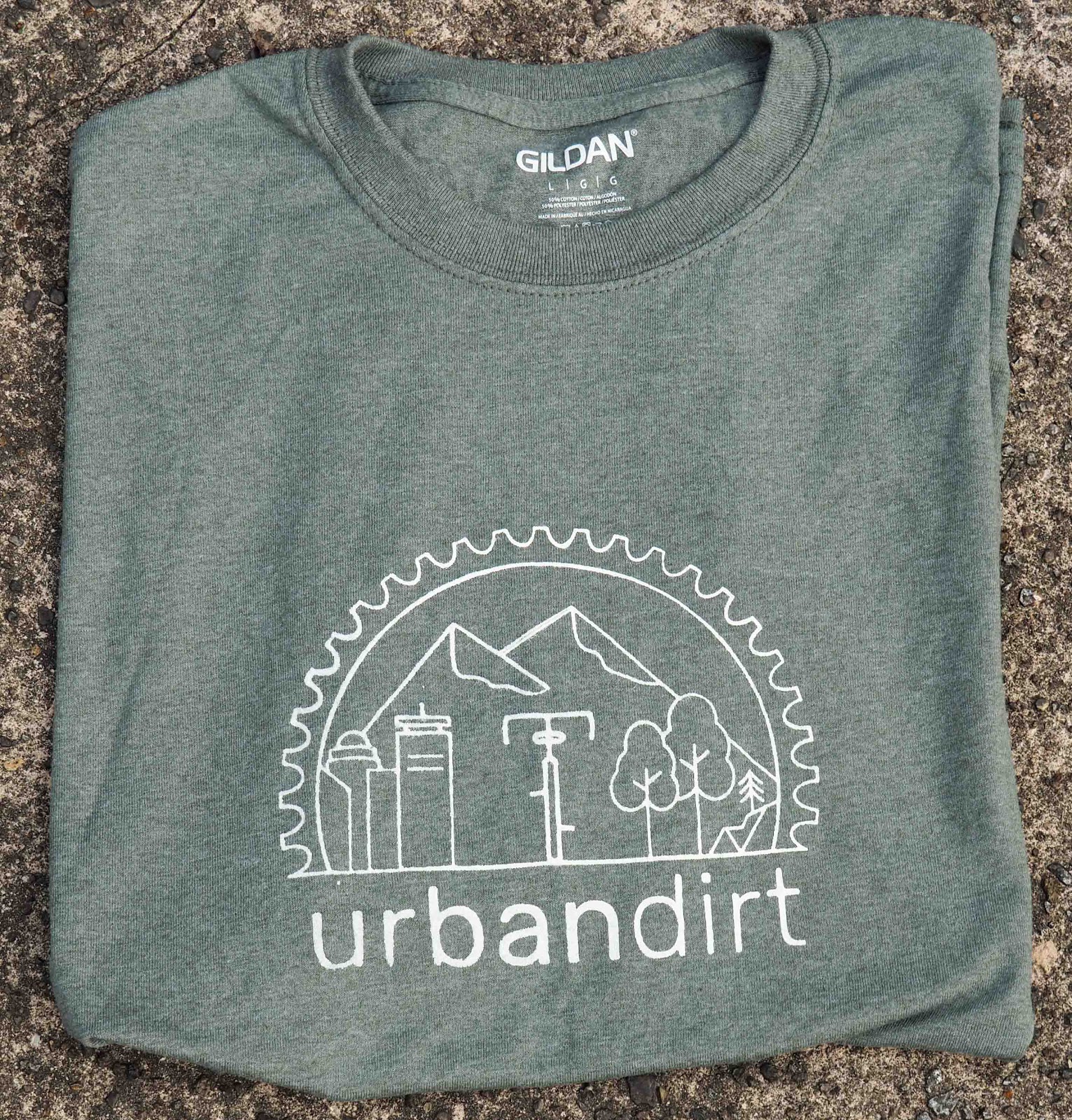 Stickers, koozie, and a custom T-shirt!
There will be four separate swag packs!